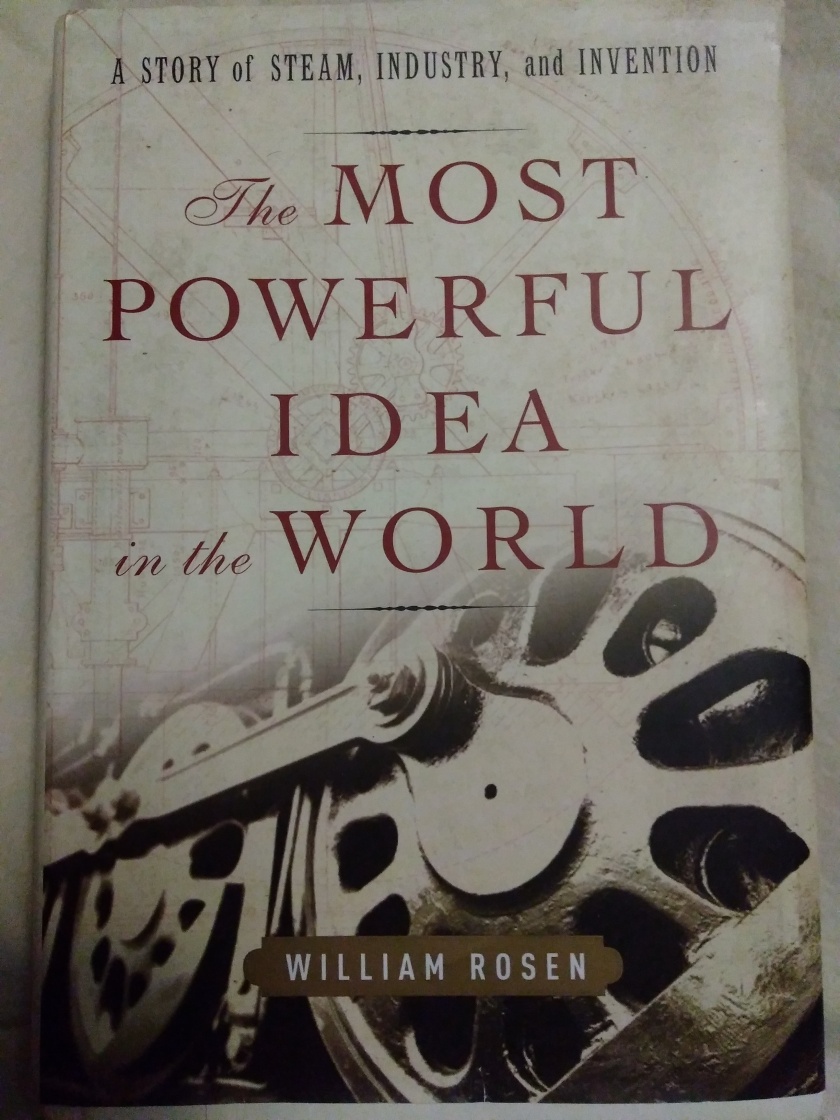 The Most Powerful Idea in the World: A Story of Steam, Industry and Invention by William Rosen is not a book about railroading despite the cover (which is what caught my eye). I would call it train hobby adjacent. William Rosen tells a readable story of the dawn of the Industrial Revolution and the importance and interconnectedness  of inventions of names we know such as Watt and Trevithick as well as many most of us probably don’t know.

The main theme of the book revolves around inventions and the control thereof by their creators. Rosen’s thesis is that English common law’s treatment of patents is what made England such a standout at the foundational inventing that powered the Industrial Revolution.

I found the book an interesting and accessible read. The focus is not on technical minutia but it was enlightening to have various necessary supporting inventions covered. I had never considered that such things as precision measurement and boring of large cylinders represented inventions that somebody had to develop.

This book is still available in paperback and e-book form. It even has its own website which makes it more mainstream than most hobby books. I enjoyed the book in general and  learning about the origins of the external combustion engine we love in particular.