It has been approximately a year since I finalized a trackplan and started construction of Comstock Road. As one does, I took stock of how things had gone.

Current state is still mostly bare trackage abuilding but what trackage there is is considerably more functional that it was before. Here is how I see the state of things

Goals for the near future include:

Here is the obligatory status shot. Not visible is the wiring and the 40 percent or so that of laid track that has tie plates spiked on all ties. 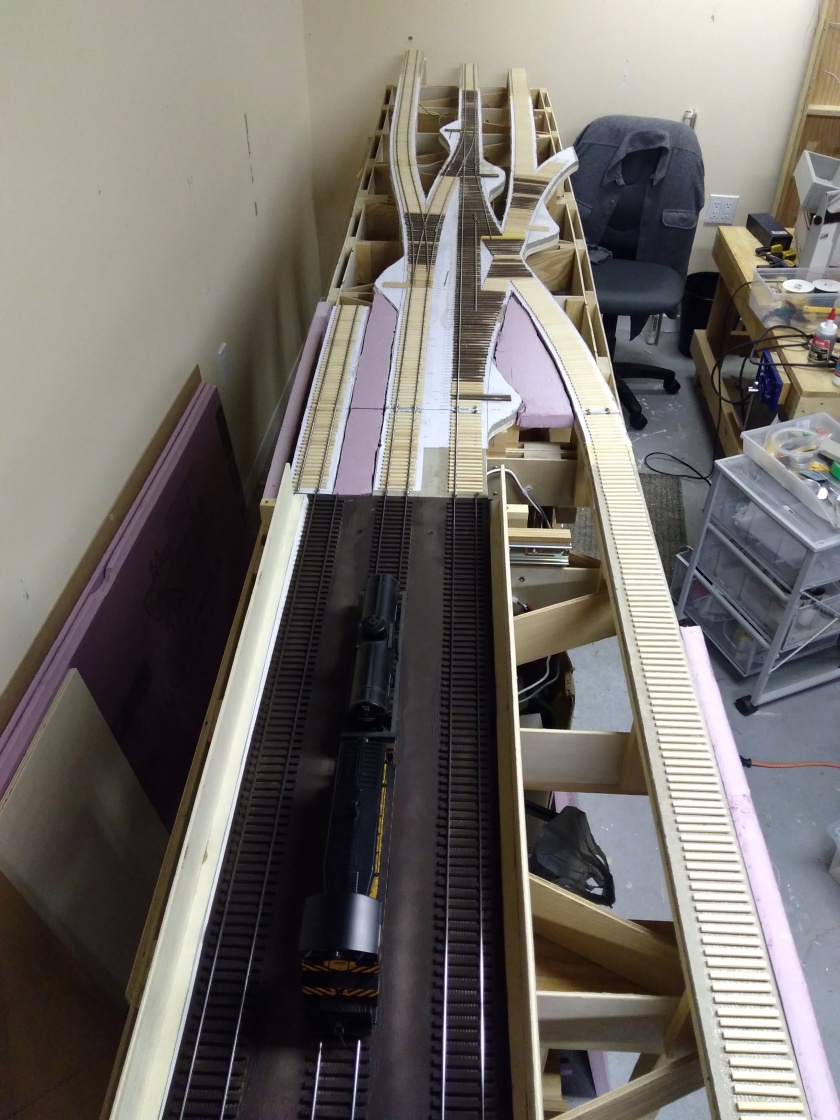 2 thoughts on “Comstock Road at One Year”