As the saying goes, it isn’t that a dancing bear dances well that is amazing but that it dances at all. I have got the diamond installed after much fiddling. It works but there were a few alignment issues with the frogs that make for imperfect lines through the crossing. I am impressed that my eye is less tolerant of variance than a finescale track standard. Anyway, I did not remake any parts but I will probably remake the whole thing at a future date. I will keep the functioning present version in order to get things running.

Here is a shot of the diamond from overhead.

And an artsy track level view. 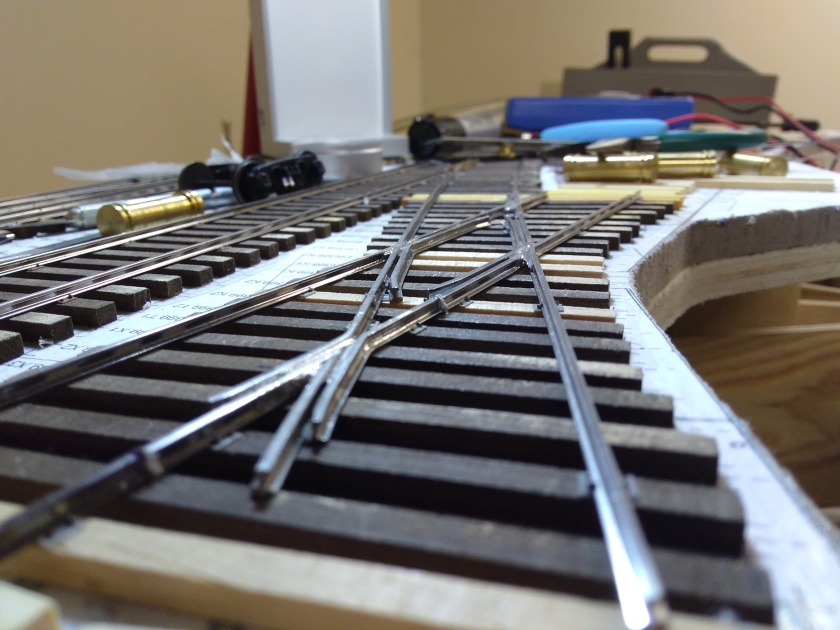 Getting the challenging part of the trackplan inspired me to press on with the more mundane bits and now have the spur in front of the traverser tacked down as well. (I consider it installed enough for operational purposes when every third tie is spiked down.) 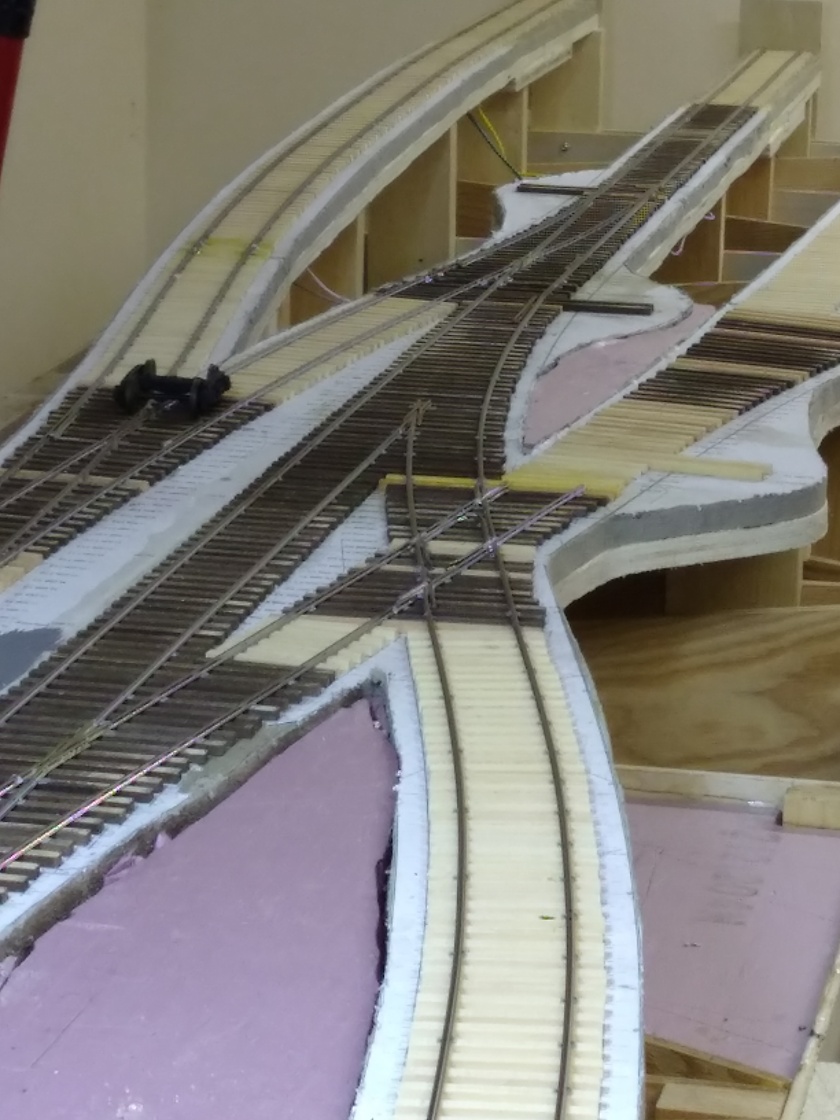 All the track laying remaining to be done is at least partially visible in this shot:

That is a refreshing short list! After that, I am down to point servo installation and wiring before I can operate Comstock Road. Well, that and banging together enough rolling stock…

3 thoughts on “It Ain’t Pretty But It Works”