Whilst we were in Kingston, Ontario on the weekend for a family event, we had occasion to stop at a Tim Horton’s outlet, as one does. Unbeknownst to me, my insufficiently deferential teens observed me standing in the parking lot, taking the subject photo. When the question was raised about what thing Dad might be photographing, the guess quickly came down to “trains or brickwork”. As we set off again, I began to expound about the photographic subject with its at least eight different sections of masonry and heard from the back seat: “Brickwork! Told you!” Hmmph!  Clearly I failed as a parent somehow. 🙂

In any case, here is the subject photo. 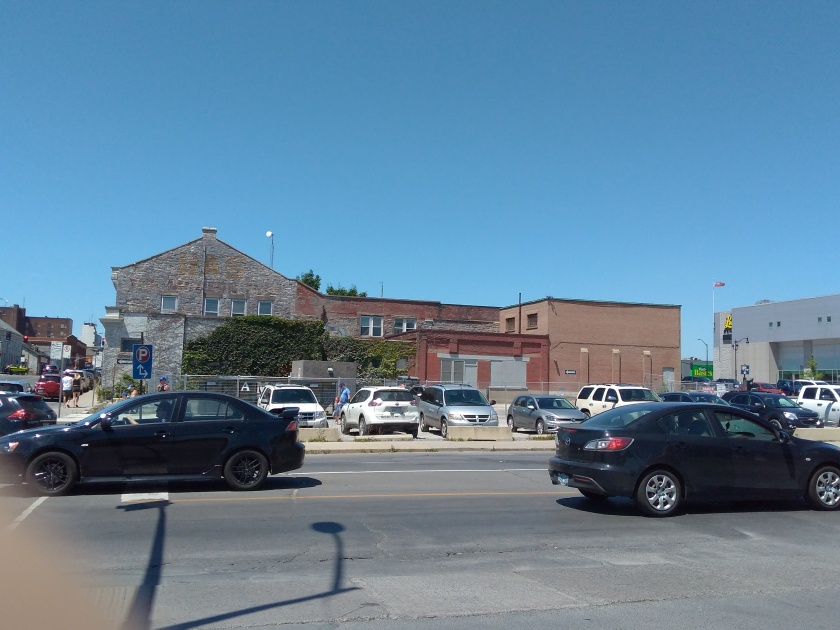 For those of you who, like me, do appreciate such things, you will note the wide variety of brick and stonework that has accumulated over the years. While I doubt that it had any direct railroad connection, the Grand Trunk(CNR) and Kingston & Pembroke Railways did run along the shoreline right past these buildings, all of which almost certainly dates from or before the railroad era. Modelling all this would be an interesting project. 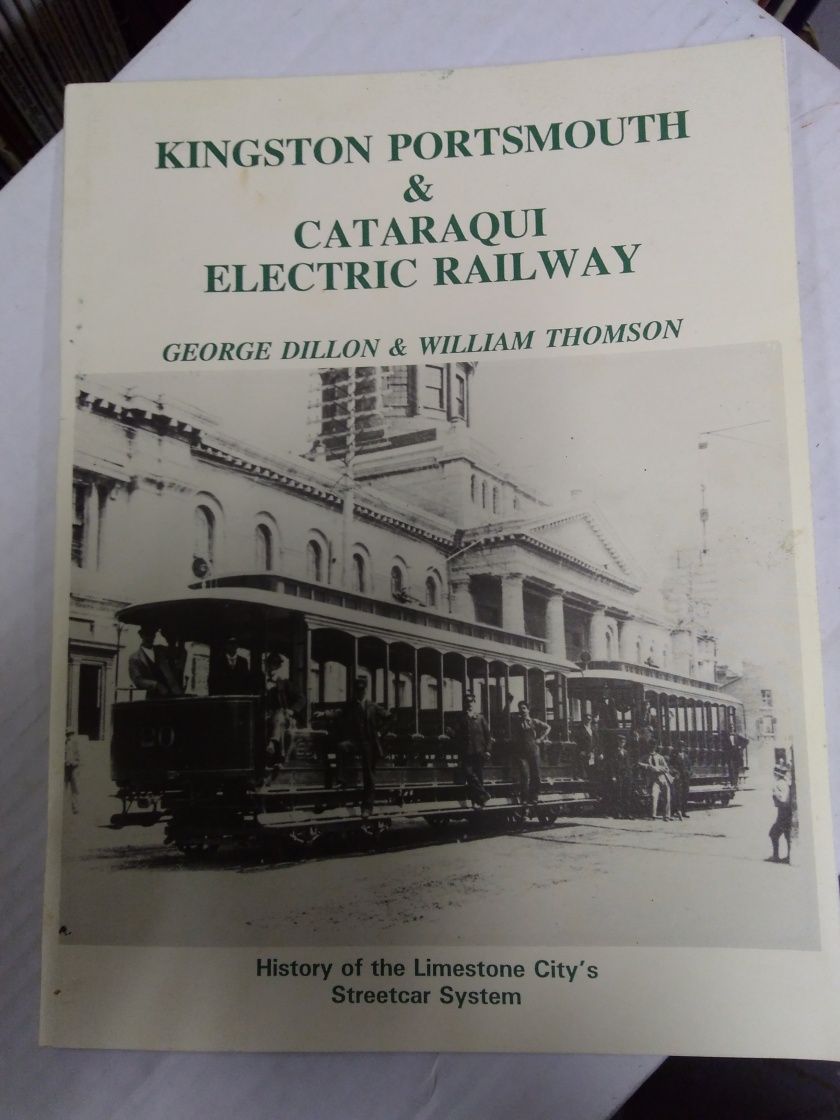 A benefit of winnowing the magazine pile is the discovery of treasures long unseen. I spent most of my formative years in Kingston, Ontario and despite being a transit enthusiast from an early age I remained ignorant of the streetcar predecessor of bus based Kingston Transit. This little locally produced gem was my enlightenment.

Every city and town who could manage it had a local, privately run electric railway system back in the day. Kingston was no exception. Dillon & Thomson describe the growth of the system from horse car beginnings up until the almost universal car barn fire during hard economic times that spelled the end of electric operation.

This particular version of the local line history is a treat for me since I am so familiar with the area. My parents regularly took me to Lake Ontario Park when I was young to ride on the rides (especially the 15″ gauge miniature railway). I wondered about the funny double line of trees along the edge of the park in front of the courthouse and so on. It turned out that both were remnants of the electric railway.

Published in the early 1990’s by the Kingston division of the CRHA, this book is typical of the locally produced volumes with no glossy paper and black and white photos of moderate reproduction quality. On the other hand, it is signed by the authors was priced at $8. (I have no recollection of where I acquired it.) I am keeping this one.